Having reached this milestone in the existence of [dp] we decided this moment had to be celebrated. The result was one of [dp]'s memorable reunions. This happended to be one of the rare occasions where the whole dutch [dp]core was present: Punaxe, Ragnarok, Nidhögg, Elmort, Timothy, Nazgûl, Shiva and Jemek.

We met up in the late afternoon on the 4th of February 2006 at Timothy's place. Most of us hadn't seen each other for quite some time so it was a bikkel reunion. After the usual chitchat we installed ourselves in a comfy seat with some beer to watch a movie.

Coincidentally the DOOM Movie had just came out that time, which suited the occasion. With character actors like the Rock and a plot as thin as a cracker, the actionscenes and the strong punchlines saved the day. (Sarge: [after unlocking the BFG] "Now *that*... is a big fucking gun.")

After the movie we hit the road to the nearest McDonalds to fill our m-m-m-m-monster hunger.
Fully tanked we headed out to Ol-round bowling center. Where we played the first [dp] bowling kapp, after being delayed by Ragnarok who had troubles finding a fitting bowling shoe size.

It became an exciting battle with various strikes and spectacular misses. After two rounds the outcome of the kapp was decided with Nidhogg being the winner.

After all this pwning it had become late but the evaluation was unanimous: was bikkel! We split ways and dissapeared into the night. 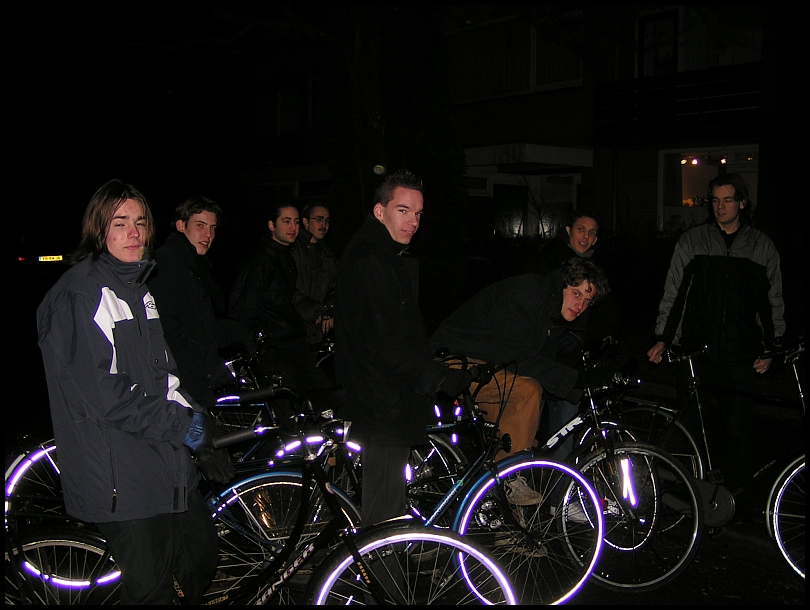