Jemek and Timothy play 1on1 \o/

Initially, Timothy had his yearly invitation to his place again. Jemek, Punaxe and Ragnarok could make it. We gathered at 3 PM at Eindhoven Trainstation, and did groceries for about 40 euros and filled two ³ber bags for one night and morning. After that, the usual commenced: lying on the couch playing Nintendo 64 games (Super Smash Brothers FTW).
As dinner we had a barbecue at Timothy's roof, where the first signs of us having bought way too much started to show :P. After that we played some more games to give our bellies some time to deflate again, and then headed over to Pun's place (same city) for this historical moment! 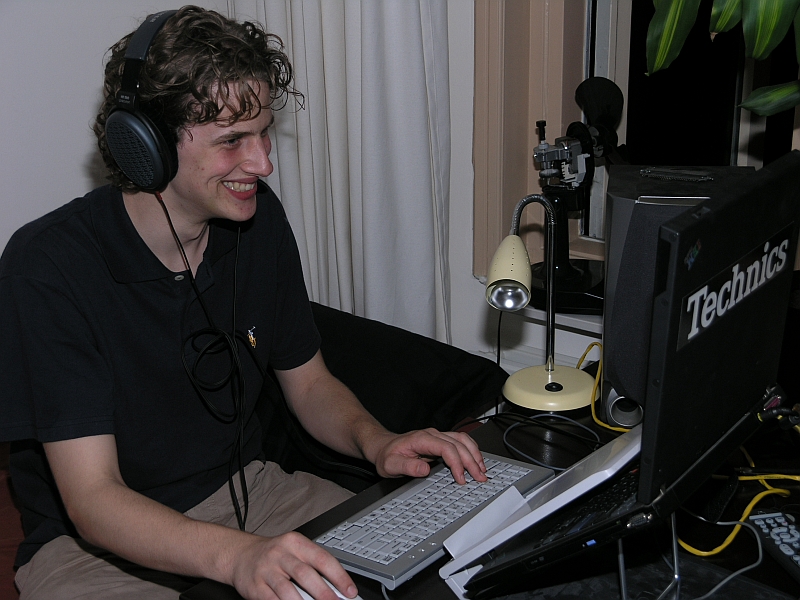 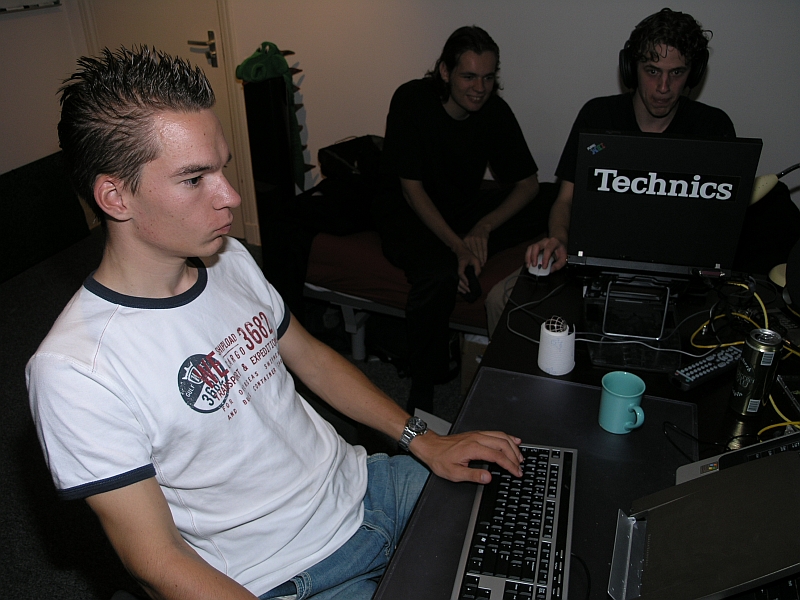 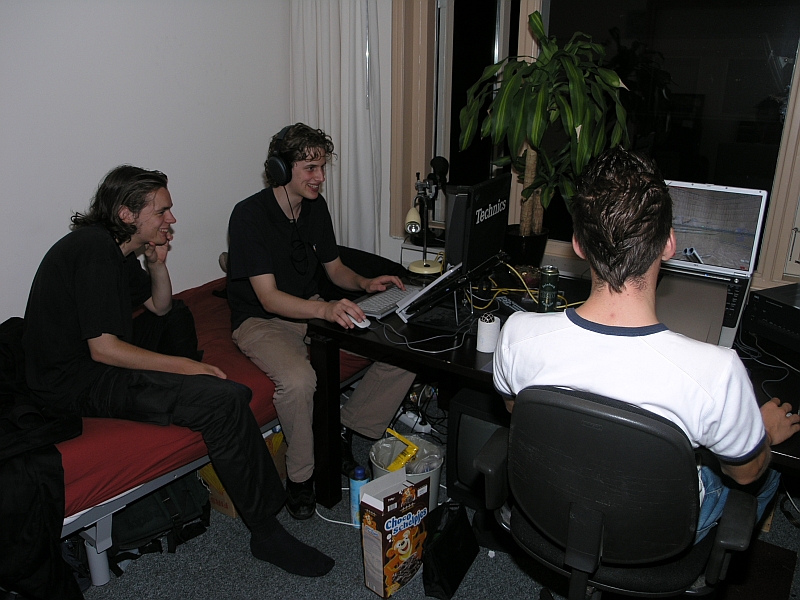 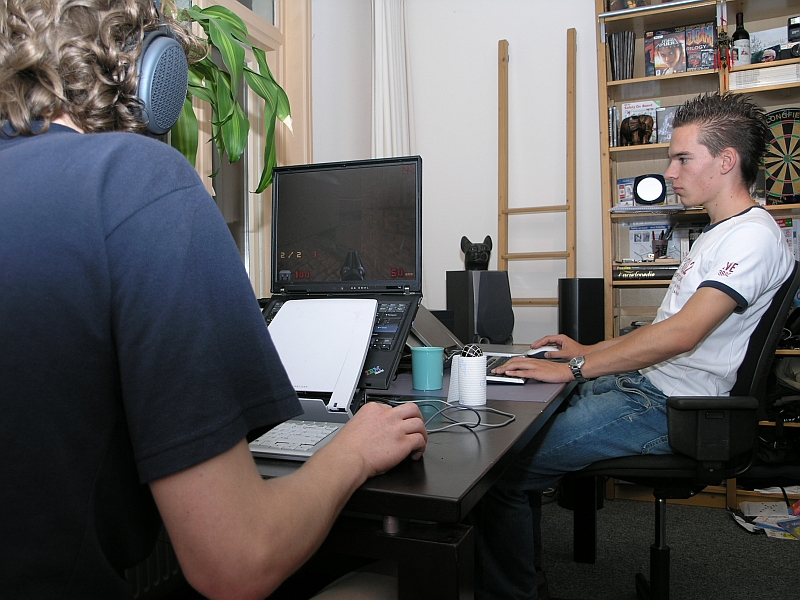 Three matches have been played in ikbrowny+patch, on a server setup by Aurelian. The scores were first 30-28 for Timothy, where Jemek managed to catch up pretty well from 11 frags behind. The two matches after that were both very close games - but Jemek pulled it off to beat Timothy 30 to 24 two times in a row. GG!
The final, decisive match has been recorded by two cameras as well as on demo :P. However, Punaxe managed to accidentally delete the demo >___<. FAIL!

After this we needed a drink, so we went to town and sat our asses down on a terrace. The night ended back at Timothy's, watching White Noise on his big ass widescreen television. \m/

Jemek and Ragnarok stayed for the night at Timothy's. The next day, Punaxe's help was called in again to finish the enormous amount of food we still had left. Tosti's zijn bikkel :D