So, in summer 2006 I (Jack) had my arse brought over to the Netherlands for a month or so to stay at Punaxe's place. There had been plans of arranging a little dp meeting, which we then indeed carried out, gathering at the Olround bowling alley in the bikkelcity that is Nijmegen. Sadly we didnt get all Dutch members there but it was a nice amount of ppl anyways - Ragnarok, Nazgûl, Nidhögg, Jemek, Punaxe and me. 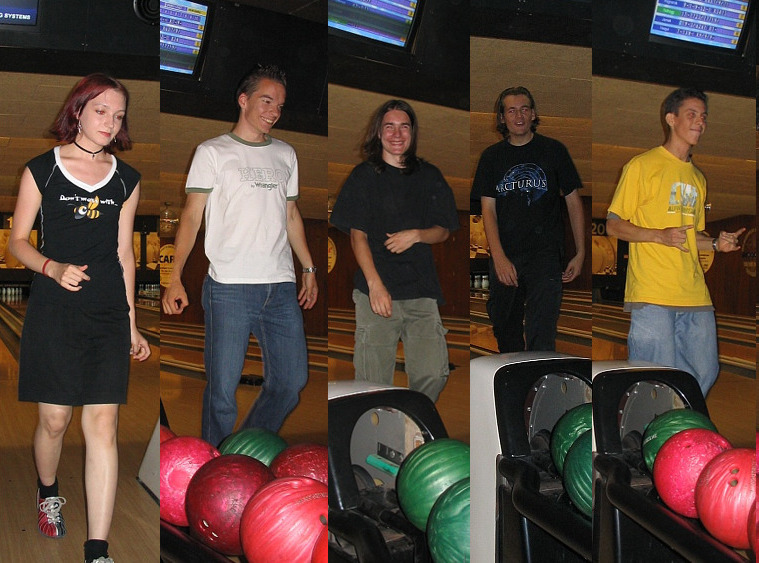 So we put on some smelly bowling shoes and got to it. The n00b behind the desk was too much of a retard to spell our superior nicks right so Pun and Rag had to go and shake him up a bit to fix it before we could start. Needless to say, the rest pretty much pwned me at bowling but I'll always have my excuse of it being my second time at it :$ To see scores, click here. After the bowling started the "so, what should we do" which would continue to be said every once in a while by everyone, and no one ever really had an answer :P Luckily we got Elmort to join us too and biked to a park to sit down and babble for a while. There was, of course, chocolate. 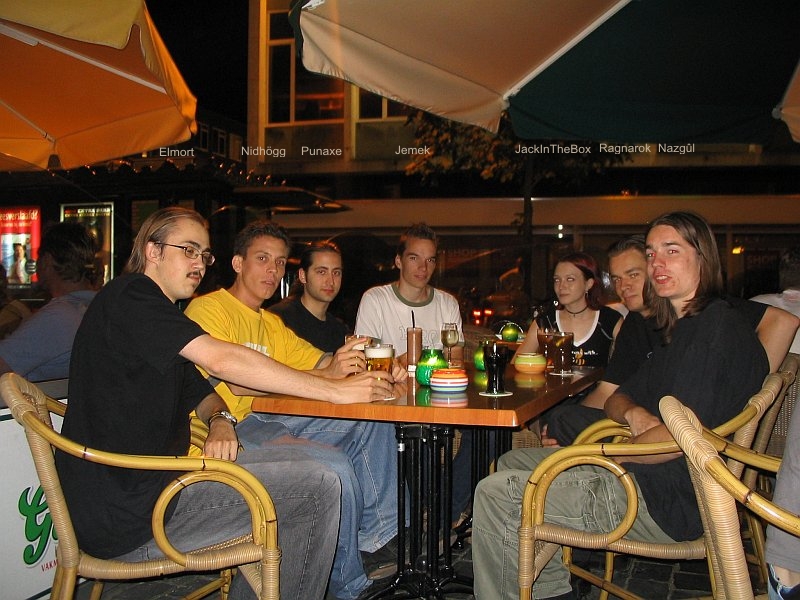 (For an edit of this picture by Nidhögg, click here.)

We also met up a second time on the starting day of the city's annual Vierdaagse thingie stuff festival (that's when some ppl like to march around a lot - an excuse to desperately try to find and hang out with dp) which was set about with some very nice fireworks at a river. This time we also had Danny, a friend of Nazgûl's join us. After the fireworks we walked around for a bit in the hugely crowded streets and i was forced to get to know the horror that is Dutch humpa-yay-festival-music. We stopped at a ferris wheel and decided to get on it. The guy operating the wheel was clever enough to stop it so that \m/ dp was on teh top \m/. We found that quite fitting ^_^

Afterwards we had a drink and chatted for a bit, until they got the idea of feeding me something typically Dutch called kroket and stared at my expression with great anticipation at the first bite. It was edible if a bit weird, I finished it slowly but determinedly \o/ And then it was chilling in the park time again, until 6 am or so. Now, is it clear that it was cool? Good.