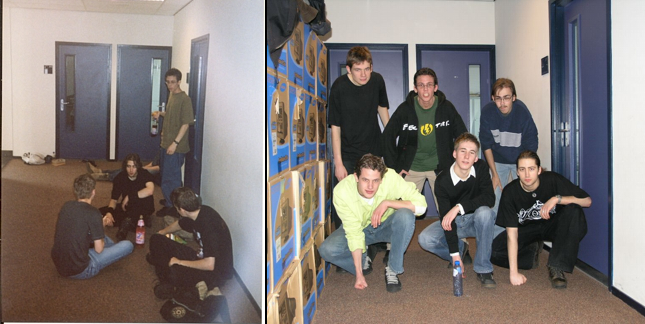 Still in highschool, there was one place we always hung out at the last few years: da hok (the pen). It was a small hall leading to several private rooms for the school's staff. Many a story can be told of the place... See below how it was. Then, click on the image above to check the reunion: we decided to sneak back in there when the school had an introductory day for new students, and have an indoor picnic. 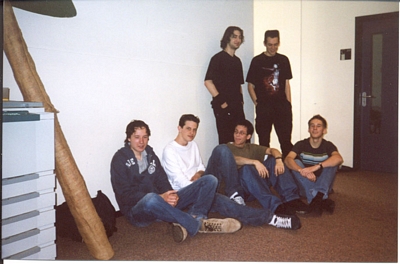 This was on our last day of school. The fake tree was decoration for a play that some people did... Standing up are Punaxe and Ragnarok, sitting down, from left to right, are Tibor (T-Bonezzz), Tim (Timothy), Niels (Nidhögg) and Ico (Isidor). 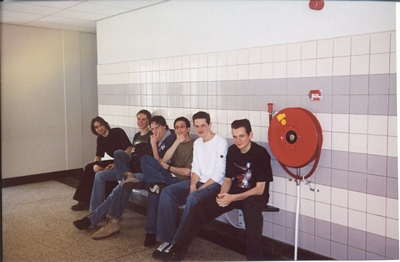 This is on the other side of the wall you see above. They didn't actually want us to be in there, so sometimes we'd sit here. As this place was more accessible to others, it sometimes required a plan to get rid of annoying little kids that would have arrived there before us. Most often this was just sitting at the edge of the bench, and sliding towards the middle a few centimeters every few seconds.

Back inside. The bottle you see has most likely not survived, as we used to play soccer with any bottle we could lay our hands on. Proof of that is still visible on the ceiling, of which we unfortunately don't have a picture. :( The current record should be around 14 kicks without the bottle touching the floor. Why a bottle, you ask? Because the actual balls we had for it were constantly taken (and once even deliberately ruined) by one tough guy (heh) of the staff - Ben. This is also why we had to look out for anyone passing by while we were playing... 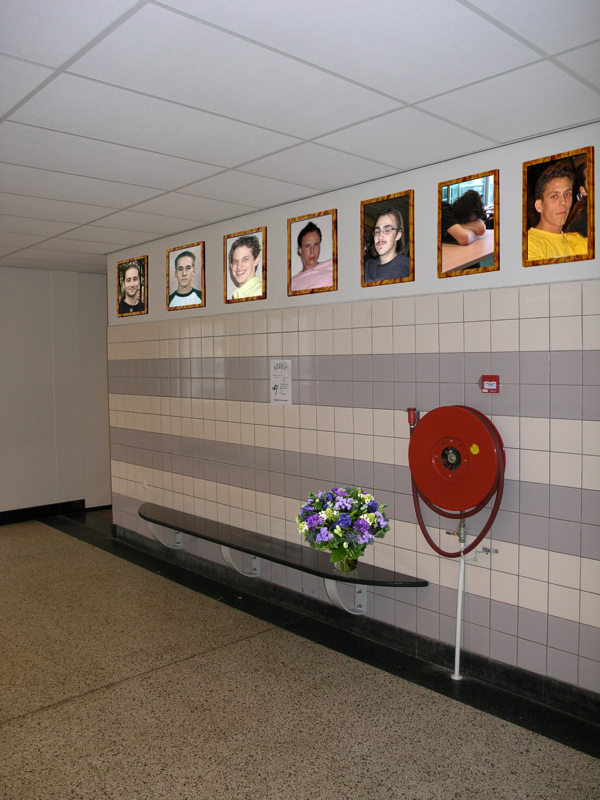 Through the years we got to own the place. Abovementioned little kids were mostly noobs that had not yet understood our might. Without us, the place just wouldn't be the same... Our school had foreseen this problem, and framed our pictures to preserve the atmosphere and memory. The image on the right shows the outside of da hok, just after the honouring ceremony.